A hot and humid forecast remains in place across central and eastern Kentucky. Heat Advisories have been issued for central and northern Kentucky as heat indices will be reaching between 105 and 109 during the afternoon hours. Though a large portion of the ABC 36 viewing area is not under a Heat Advisory, we will still see hot and humid conditions. Afternoon highs will be reaching the mid-90s for many. We could reach the upper 90s but that will be contingent on the arrival of afternoon storms. 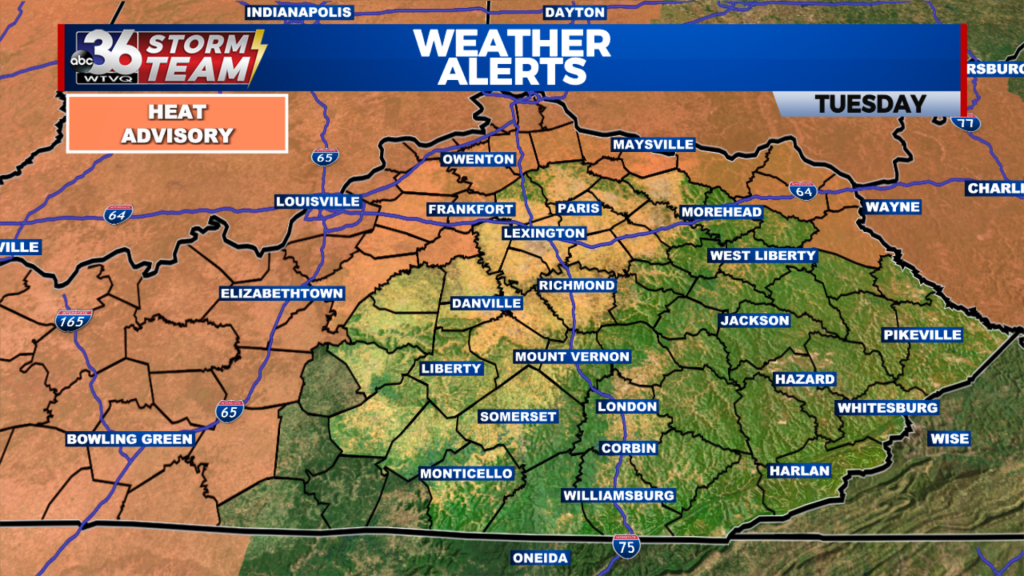 The timing of the storms is the major question for not only today’s forecast, but for the forecast for the rest of the week. Most of the region is under a Level 2 (Slight) Severe Risk for Tuesday, Wednesday, and Thursday. This is due to the threat of strong squall-line features developing, fueled by the hot temperatures and high humidity. For Tuesday, a line of storms will be tracking in from the north in Ohio and Indiana. How much of this line of storms actually impacts our immediate viewing area is still to be seen. There will be isolated pop-up showers and storm developing during the afternoon. These storms will likely have some brief heavy downpours and lightning. 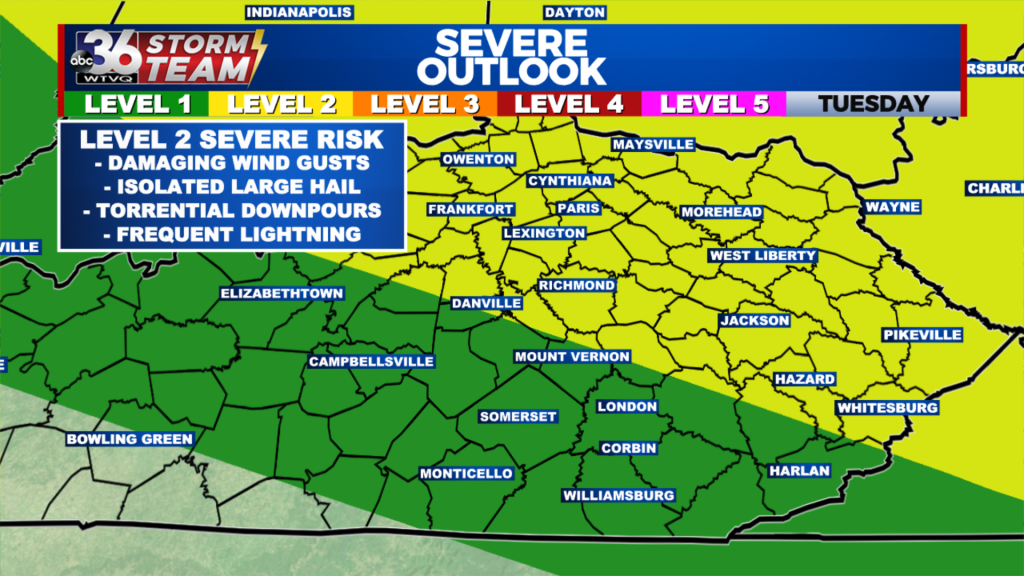 Forecast models continue to not show much agreement. If a line of storm gets developed and is tracking our way there is plenty of “fuel” to strengthen the storms. Damaging wind gusts and large hail are the two primary severe threats on Tuesday. If the storms hold off until the evening hours temperatures are expected to make a run at the upper 90s. The record high for Tuesday in Lexington is 99°, which was set in 2012. It is possible that we get close to that if we stay dry until later in the day. Stay with the ABC 36 Storm Team throughout the day for radar updates as we track potential storm threats. 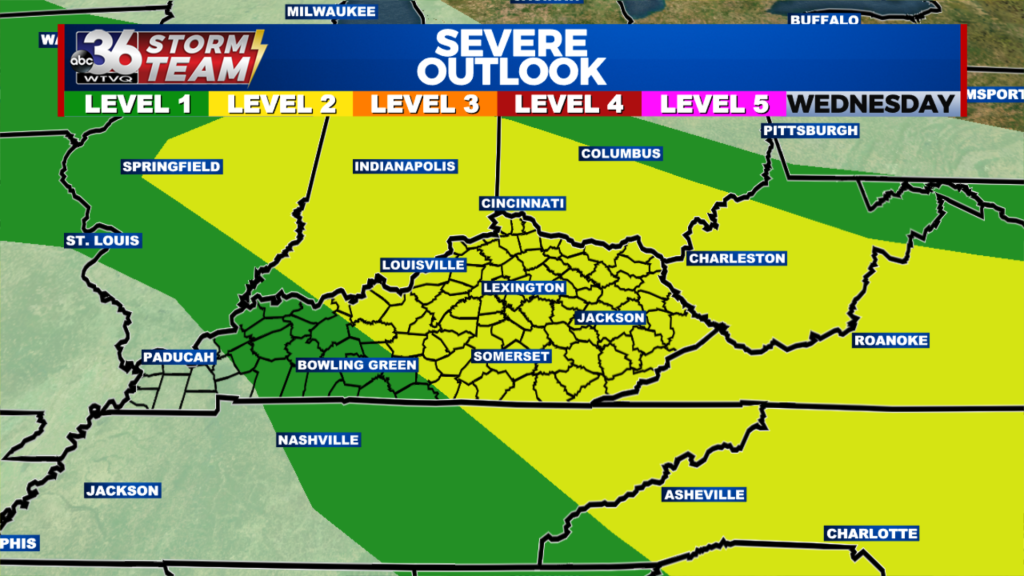 The storm risk continues overnight Tuesday into Wednesday morning. If storms arrive later during the day on Tuesday, more of the area will likely see storms during the overnight. Muggy conditions will be continuing as well with temperatures only falling into the mid-70s. Storm chances to increase for Wednesday, with another round of severe storms possible. Make sure you continue to stay “Weather Aware” and up to date with the forecast changes.

Employees would consider leaving their jobs over work provided tech

How to integrate Gmail with ClickUp

Top 5 benefits of ESG for your business