Despite the need for additional dry days for the flood clean-up in Southeastern Kentucky, rain and storm chances pick up Thursday

Despite the hot and humid Wednesday across Central and Eastern Kentucky, we managed to squeeze in a mainly dry afternoon which was great news for the on-going clean-up and recovery efforts from the devastating flood event that happened one week ago. Luckily heat indices weren’t as high in those impacted areas but it was still a hot one. We did manage to see an isolated pop-up storm or two, mainly in Lexington metro during the mid to late afternoon. We caught some of the heavy rain in the distance with our tower cam around 4pm Thursday as you can see below. 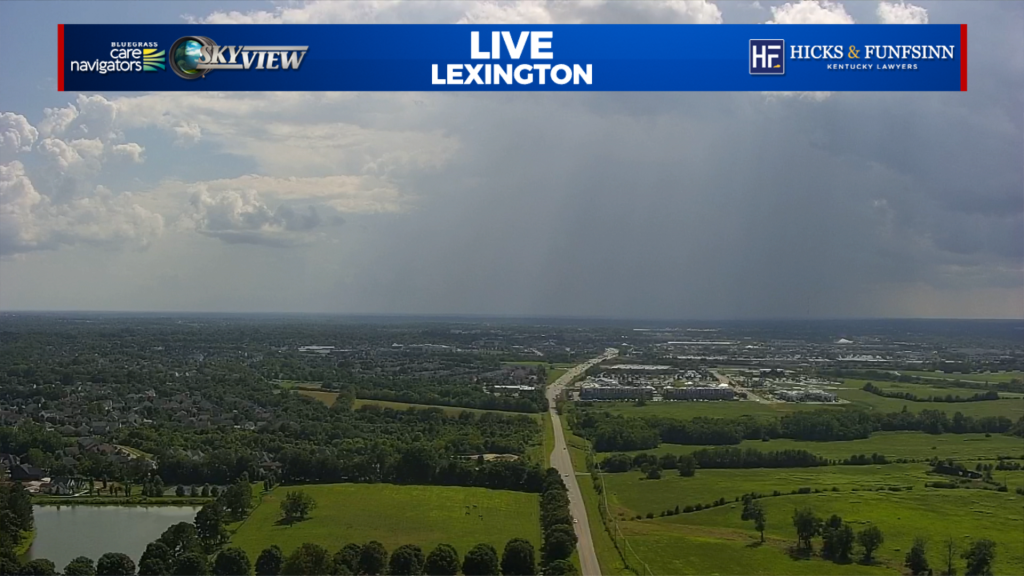 Remember a Heat Advisory is out until 8pm Thursday for the counties in Southeastern Kentucky that were impacted by the flooding. Even though the criteria for a heat advisory probably won’t be met, there are so many first responders and volunteers working out in the heat most of the day that proper precautions are needed. Hydrate and sunscreen! 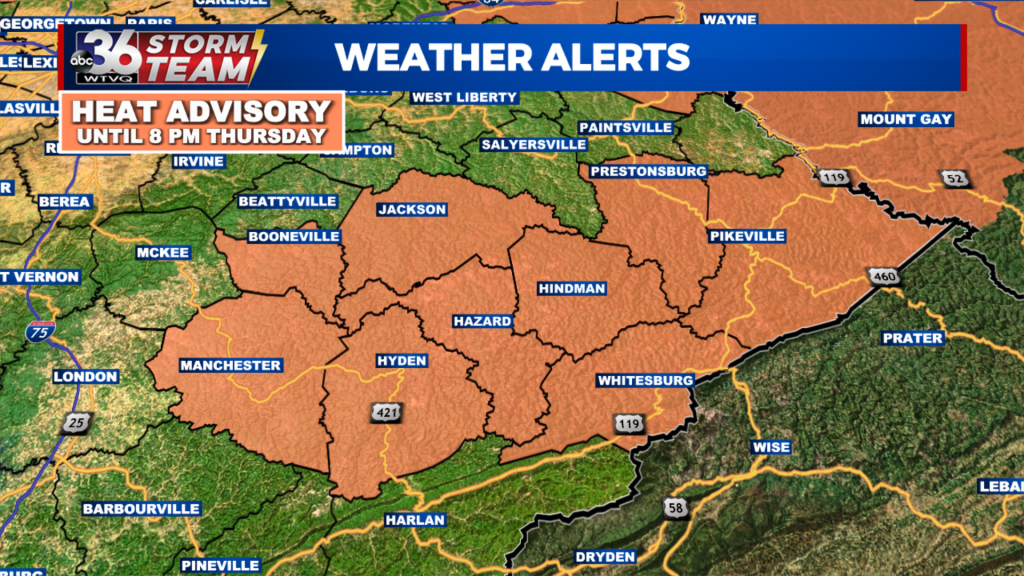 Unfortunately the dry weather won’t be hanging around long as a weakening frontal boundary drops into the Ohio Valley on Thursday. With so much moisture around, it won’t take much to get scattered showers and thunderstorms cranking during the afternoon warmth. Obviously humidity levels will be staying in the elevated range for the foreseeable future so hopefully we can balance the rain and some dry times squeezed in there, especially for those areas that are dealing with the flooding aftermath. 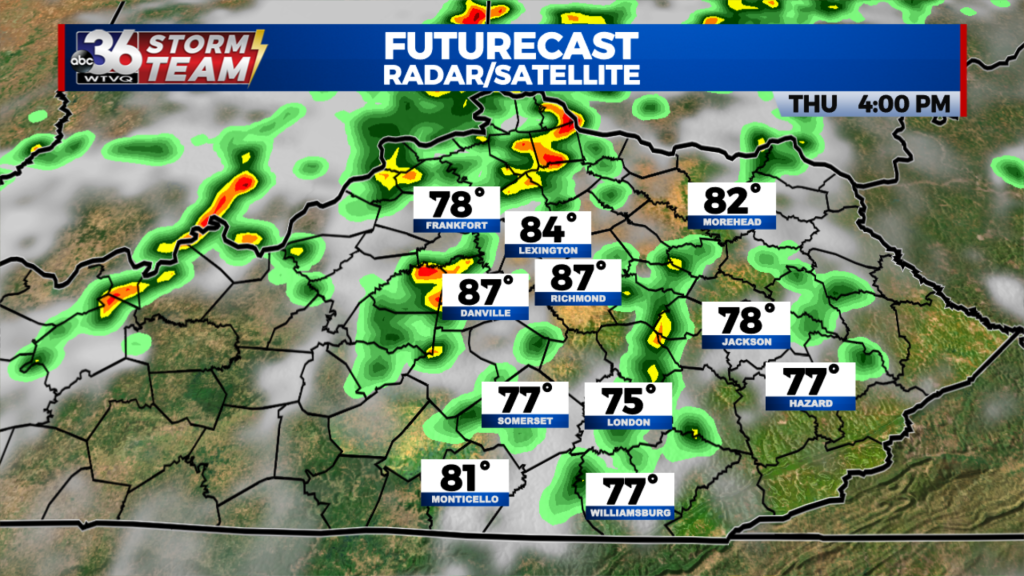 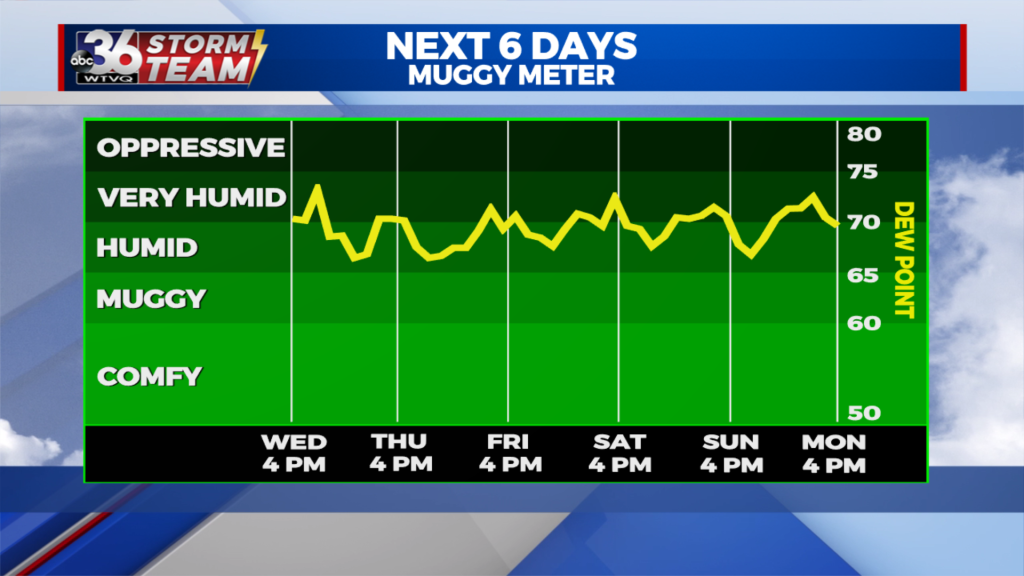 Even though the front will dissipate into the weekend, a steady feed of warm and humid air will continue to move into Kentucky from the south. This will keep the chances of rain and storms around through the weekend with another boundary coming into play early next week. The bottom line is that while we aren’t looking at an all day rain every day, you’ll need the umbrella from time to time all the way through the middle of next week. 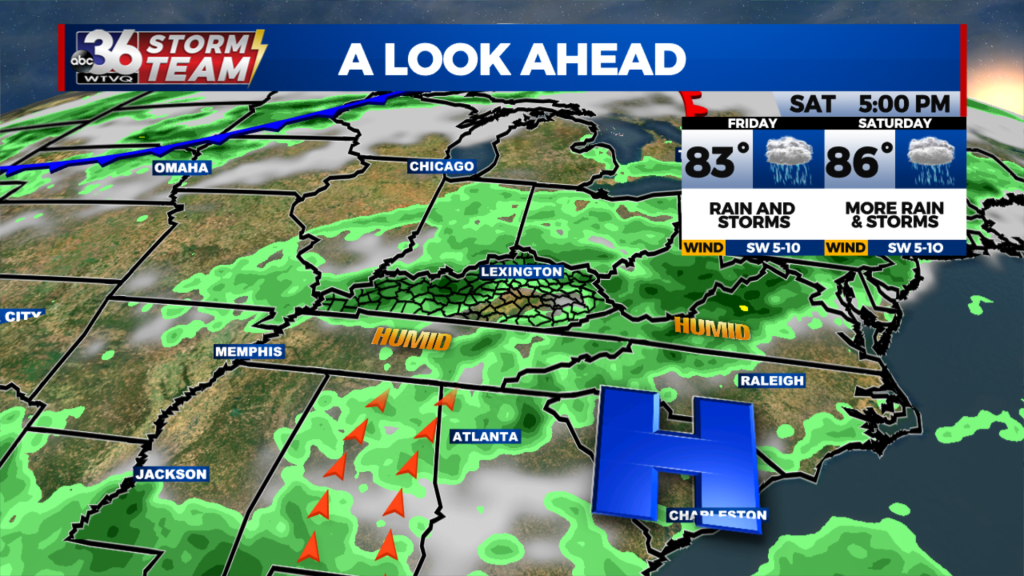 Path to getting monkeypox medication has multiple obstacles