Have you seen this truck? KSP asks public for help identifying theft suspect


SEDALIA, Ky. (WTVQ) — Kentucky State Police are asking for the public’s assistance in identifying a theft suspect who they say got fuel for their truck and didn’t pay.

On Friday, Sept. 30, around 1:43 p.m., the driver of a red Ford pickup truck got fuel from Bob and Ann’s Market in Sedalia but didn’t pay, according to KSP. The driver laid the fuel nozzle on the ground after pumping fuel and then left the gas station.

The picture below was taken from security camera footage. The gas station attendant says the red paint on the truck appears to be faded, and the driver is believed to be a white man. The truck was last seen traveling east on KY-339. 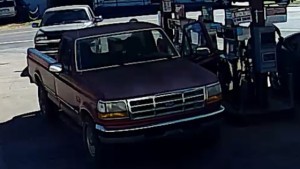 How to Enable Efficiency Mode for Apps in Windows 11

House fire on Accord Drive in Lexington, no injuries

Sale proceeds of emerald recovered from 1622 shipwreck to benefit Ukrainians

Flu raging out of control

After a brief break mid-week, our rain chances return

Polygamous leader had 20 wives, including minors