A few storms then amazing weather this week

It turned out to be a stormy Monday across Central and Eastern Kentucky with pockets of heavy rain, gusty winds and a good bit of lightning. With so much warmth and moisture in the atmosphere, it was easy to get storms fired up beginning late Monday morning as temperatures surged into the upper 80s to around 90 degrees before the storms cooled a few locations down. 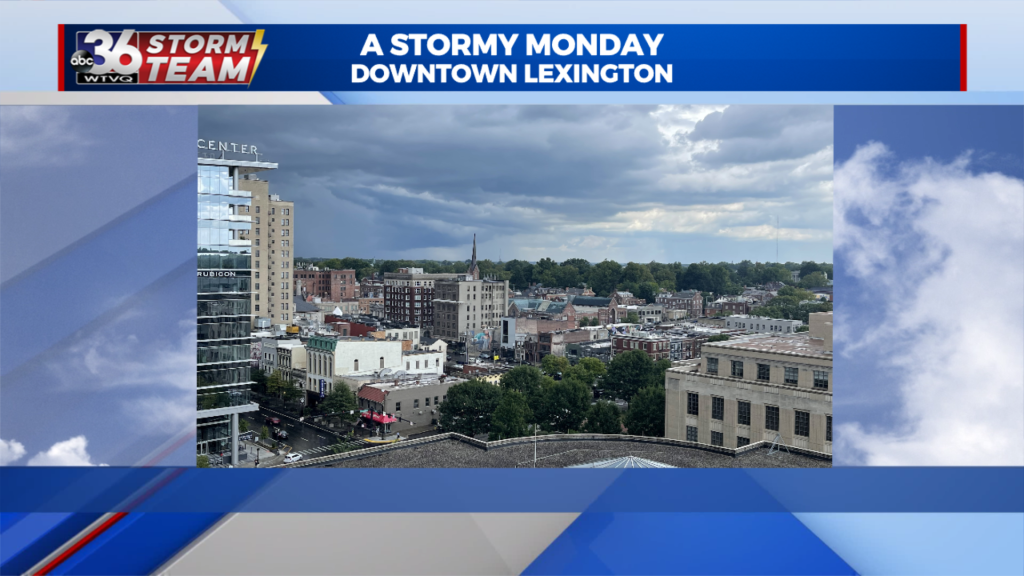 The chances for occasional rain and storms will hang around until late Tuesday as the main surface cold front moves through the commonwealth. Any storm could produce some locally heavy downpours but we shouldn’t see much in the way of strong storms. With some clouds and the storms around, afternoon highs will top out in the low to mid-80s. 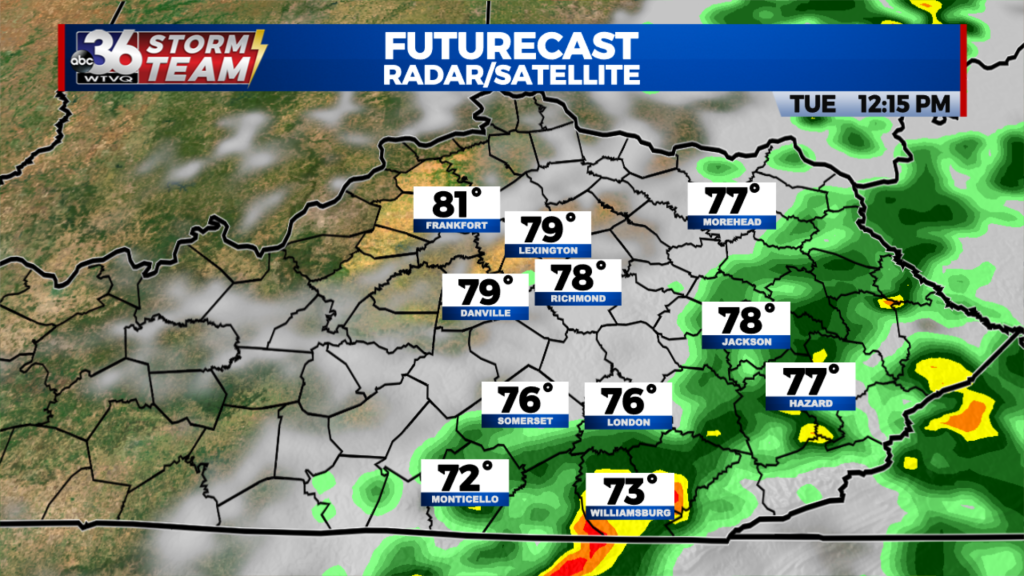 The front will act as a big giant squeegee and push all the moisture and humidity out of the region, setting us up for an incredible finish to August and beginning of September on Wednesday and Thursday. High pressure will build into the Ohio Valley with cooler, drier air so expect low humidity, plenty of sunshine and afternoon highs only in the low 80s! Look at how the “Muggy Meter” crashes into the comfy zone as the drier air takes hold through the mid-week. 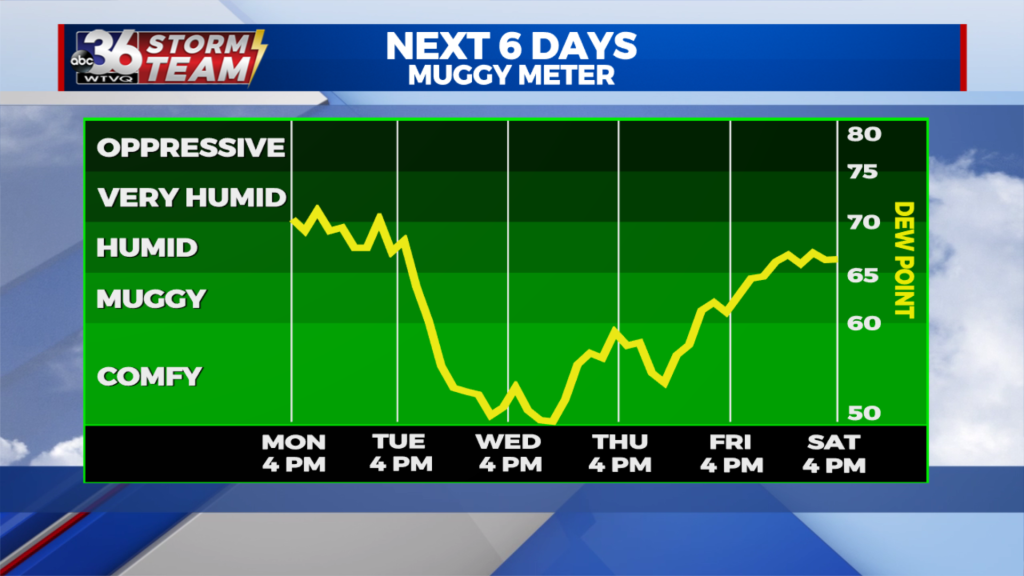 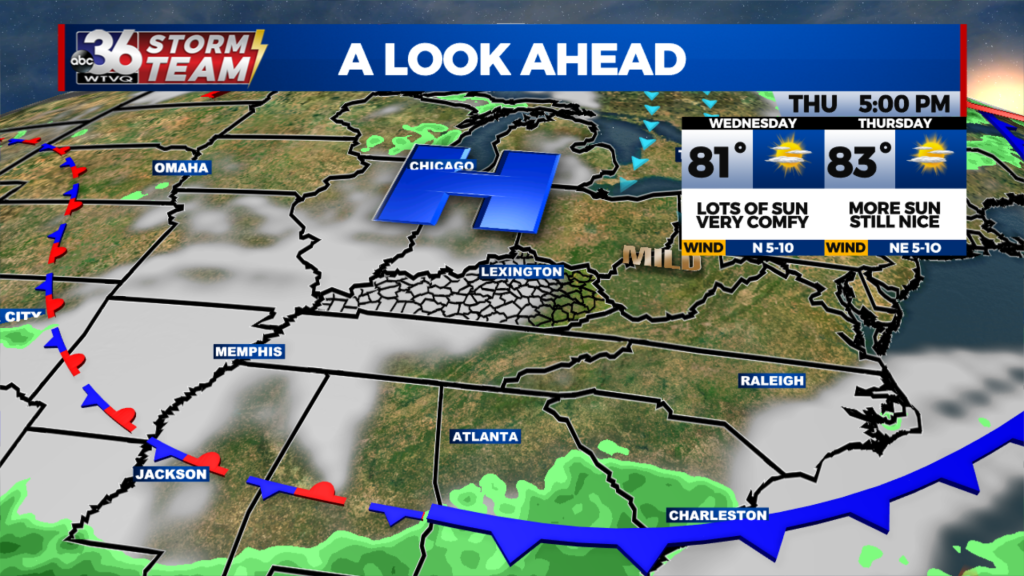 Heading toward the long Labor Day weekend, the southerly flow will pick up bringing additional moisture back to the area. Expect a pretty typical holiday weekend with warm and humid conditions as temperatures top out into the upper 80s, which will slightly above average for early September. While an isolated storm or two will be possible during the heating of the day, most  spots should end up dry Saturday through Labor Day. 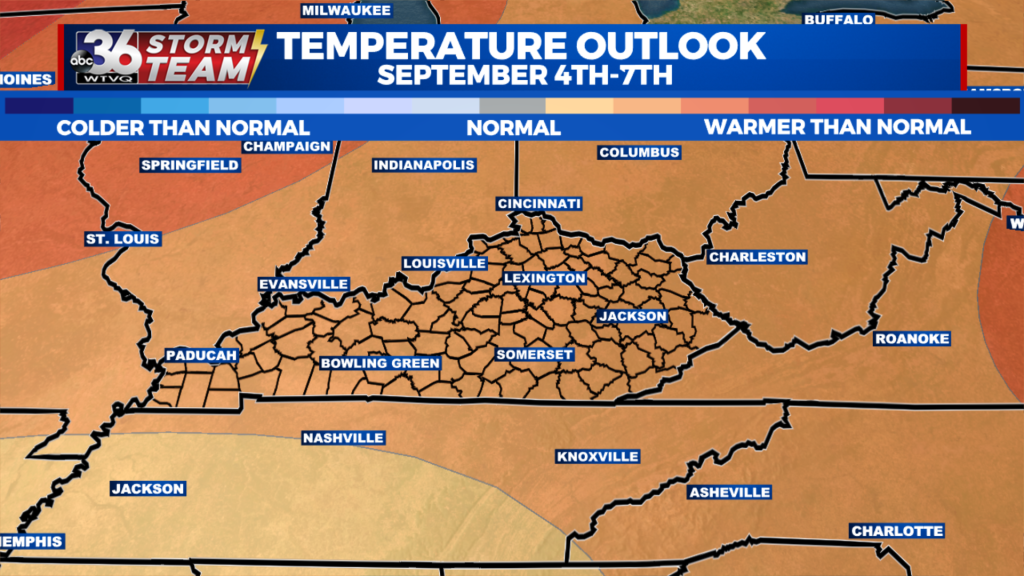 This portable keyboard makes it easy to work from anywhere

Kentucky improves to 4-0 after defeating NIU 31-23